Another Hollywood director has been called out for abusive behavior. On July 1, actor 27-year-old “Justice League” actor Ray Fisher tweeted,

“Joss Wheadon’s on-set treatment of the cast and crew of Justice League was gross, abusive, unprofessional, and completely unacceptable. He was enabled, in many ways, by Geoff Johns and Jon Berg. Accountability>Entertainment”

Joss Wheadon Called Out for Being Abusive

As the director of many of the “Avengers” films, Wheadon has been involved with one of the most beloved movie franchises of our time. Now that he joins the ranks of exposed Hollywoodians who are power-hungry creeps, it’s time we all came to terms with the fact that there are so many more out there.

Here are my current rankings for which creepy-seeming Hollywood dude is most likely to get called out for being shady next. What do you think?

Most Likely to Get Cancelled for Being a Creep Next 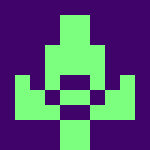